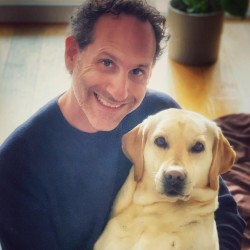 It seemed as remote a possibility as your vast, towering peaks that I would ever walk your dusty, chock-holed streets with motorcycles, cars and open-doored vans careening and whizzing by an inch from my hips or trek your endless valleys of glacier enshrouded mountains; the tallest in the world. To breathe your crisp, oxygen-thin air at nearly 18,000 feet, on two different treks; to steep in Nepali (and related Tibetan and Indian) culture and delve deeper into spiritual practices; you seemed too far, too remote and too exotic.

Fate and destiny — they too, are powerful forces, and we were fused together like lightening that meets the sky from the electrically charged ground. You were, without me realizing it, what I needed after months of increasing heat while traveling around Southeast Asia and mending a broken heart. I’ve often used physical activity for catharsis; especially a healing heart — it knows no better affirmation of aliveness than it beating forcefully, working in concert with my body to take me up and over mountains, along steep, craggy trails, and precarious suspension bridges high over silty, frigid glacial rivers; and yours holds the world’s best mountains and the best trekking. Additionally, the physical activity is meditative, one step at a time; bringing me to the present with precise focus and attention—as there were some dangerous landslide areas and narrow trails with extreme exposure of thousands of feet between my feet and the abyss below.

And as a man with no permanent home, mountains, are familiar to me; they’re my proxy home. And they always beckon me to climb them, scamper on them, and revere them. And yours are the most beautiful in the world. There was no better place for me to be than here, ensconced in your lore, awe, and gleaming peaks, at this time in my life.

I’m approaching two years of nomad-ing, and you are the third country where I’ve stayed for the longest period, three months (the others were Brazil and Colombia). There are some countries, despite never coming close to even seeing a fraction of no matter how long I’m there, that I don’t have a desire to return to — you are not one of them. I plan to return for more trekking and more Buddhist study and practice.

Initially I recoiled from your capital city, the mayhem and frantic energy of Kathmandu, and the most visceral ‘developing nation-ness’ country I’ve encountered so far — and yearned to be in your majestic high altitude wilderness. And once I got there, you did not disappoint. After 9 days of trekking and climbing ever higher, to be standing in the shadows of the infamous Khumbu Icefall at Everest Base Camp and the next morning watch the sunrise over Everest’s peak, while at the highest elevation I have ever stood, was a dream come true. Another three days trekking back to Lukla, after which I took up residence in the idyllic lakeside town of Pokhara in the shadows of the Himalayas for over a month reading, reflecting, writing, drinking honey lattes, meandering, and deepening my spiritual connection.

And your wispy winds whispered again, calling me back to your unrivaled mountains and surging rivers. On my second trek, I went solo, no companions and no guide for 13 days; a physical and emotional journey that filled my heart — and my whole body and soul — with strength and power. Undeniably verifying my life force, vitality, independence, and confidence. Between both treks, I hiked 235 miles and climbed, mostly at altitude, the equivalent of 3,741 floors; as a reference, the world’s tallest building, the Burj Khalifa in Dubai, is 135 floors — so I climbed to the top of it the equivalent of 23 times.

Followed by more time in Pokhara participating in my first yoga retreat, a week of meditation and authentic yoga practice, eating Ayurvedic food while overlooking, on the hills from high above, down to gorgeous Phewa Lake, the shores which frame the most beautiful sunsets, where I have walked countless times; often stopping in for a chat and a chaat at my favorite chaat stand; and playing with the ever present street dogs. And extending my foray into the metaphysical and energy healing realms by becoming a Level I Reiki Contact Healer.

🕉️
Neat Nepal Facts
1. Major part of the Himalayas is in Nepal
2. Nepal was always an independent country and has never had a foreign invasion.
3. It is the only County in the world that has a non-rectangular flag.

Upon returning to the Kathmandu area, I found it much more palatable, perhaps because it’s low tourist season or because the rains curbed the dust, but I believe it’s because I found a rhythm in the chaos that I can dance insid. I became acclimatized, as I did to the thin, high altitude air, to what, at first glance, is chaos, but when more closely observed is, in fact, a dance of how people share spaces; sharing the trail with caravans of pointy-horned yaks and trekkers, and sharing rickety, bumpy, foot-swallowing narrow roads with cars, motorcycles, bicycles, rickshaws, and pedestrians.

While back in Kathmandu I initially went for three days, which turned into six, for a sampler experience at a Buddhist monastery on a hilltop in Kathmandu where, prior to arriving, and because of the recent opening, softening, and deepening of my spiritual energy, I was primed for an impactful experience. And I got one. This, despite staying there during a non-programming period. Beyond a couple of dharma talks there was no course or set schedule. But the energy there vibrates from everywhere back into oneself; where the silence, external disconnection and subsequent self-reflecting either makes you feel unsettlingly uncomfortable, almost frantic; or you surrender to it. I leaned in and welcomed the opening of some big cracks to my illusionary identity’s shell, which then triggered apprehension to what will be revealed underneath those cracks when it falls away completely. And I’m using this momentum to continue focusing my energy on cracking the shell further, revealing a lighter, freer, unattached malleable identity, including when I attend a silent 10-day Buddhism course in India next month.

No Place is Nirvana

I enjoyed your vegetarian-friendly food, experiencing many forms of spa and Ayurvedic treatments including various types of massages, singing bowl meditations, and my favorite, Shirodhara, a form of Ayurveda therapy that involves gently pouring specially formulated hot oil over the forehead onto the third eye for 30 minutes, while getting a head massage—so divine; all following an hour-long body oil massage. As well as the simplest of drinks, yet not found anywhere else I’ve traveled, the venerable honey latte. I also grew mostly accustomed to your frequent electrical power cuts and perfected using a squat toilet.

Conversely, I haven’t quite gotten used to the constant loud throat clearing, that drums up deep in the chest…..and then is released with a ‘chwoooooottch’, immediately followed by spitting a wad of phlegm—by any person, so long as they are outside or near a doorway or window; and its sibling activity of nose ‘snot rocketing’, one per nostril, followed by a mucous-filled hand wipe to the pants. Some say these bodily actions are because of the dirty, dusty air pollution, or from chewing betel leaf (I didn’t see this as it’s very noticeable giving the chewer bright red teeth, lips and saliva), or dispelling bad spirits from the body. Regardless, it’s pretty unsavory—this coming from a guy who loves belching out a good burp now and then, but there’s no bodily fluid being projected onto the street nearly or actually hitting someone on the leg, shoe or shoulder.

And I got a chance to practice plenty of patience with the terminally slow wifi; when it’s working due to those pesky power outages. By far, the most disturbing thing I could not wrap my head around is the litter. It’s everywhere, often burning and releasing toxic smoke. I repeatedly saw men, women and children toss litter onto the street, out of a bus, wherever—without any hesitation; it’s completely normal behavior. Best I can guess, is as a country, you have other large scale infrastructure issues to deal with than trash on the ground. Politically, you’ve been through the ringer and are trying to stabilize yourself and eventually the glaring trash will have to be dealt with.

You are as much as a jewel of natural beauty as you are the people who inhabit your borders. Overall my experience interacting with Nepalis showed a gracious, friendly, helpful, spiritual, humble, hardworking amalgamation of people who live life honestly and with integrity; and who welcome us foreigners to explore your unique landscape and culture.

Like so many others, my experience here in this special place has been one overflowing with spirituality, unbounded natural beauty and a rawness that I’ve not experienced elsewhere.

Nepal, keep growing, while protecting your natural and cultural uniqueness.


Hey Positivity Gurus, F**k You! Stop Being So Unempathetic 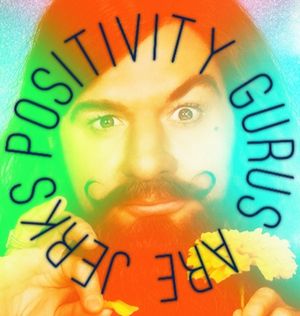